You are here: Home » Archives for stand4life 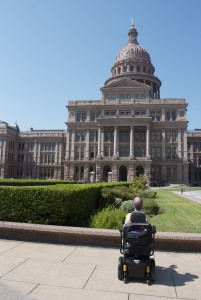 I have never been one for politics.  I get too stressed and too frazzled when I hear opponents shouting at each other.  I get frustrated when I hear poorly thought out arguments that others buy into, and even more disappointed when I see some of our leaders clearly in it to make a name for themselves.  I tend to steer clear of the political arena, but sometimes God calls on you to get involved in a place where you are very uncomfortable.  I felt that call, and so Joni and I traveled to Austin, TX, on July 2nd for me to testify before the Texas House Committee on State Affairs regarding my plea for the fetal abnormality exception to be removed from the new pain capable, anti-abortion bill (HB 2).  My actual testimony can be viewed here.

Upon entering the capitol building and heading towards the registration terminal, one could feel the tense nature all around.  For the most part, things were cordial between the two sides.  At least they were at 10AM.  Registration was fast and furious when it opened up as everyone knew that only a select few would get to testify, and the committee had chosen the order as first come, first serve.  After registration, Joni and I returned to our hotel to rest up as we knew the day would be long.  We headed back to the capitol at 3PM, and it was definitely a different place.  The tense air had gotten much thicker as many more supporters had shown up for both sides.  The hearing room only held a few people, so most of us were in overflow rooms watching the proceedings on TV monitors.  Each room had multiple state troopers, and we were admonished that outbursts would not be tolerated.

As the hearing began, the representatives that were against the bill from the beginning began throwing as many roadblocks as they could think of.  From questioning the constitutionality of the bill all the way to complaining about the size of the room where the hearing was being held.  Eventually, much to his credit, the chairman emphasized that many witnesses were waiting and that those who had traveled all this way were the priority.  Rep. Turner suggested that the witnesses all could come back another day which made it obvious that he cared more about his arguments than our testimony.

Fast forward through HOURS of testimony…some good, well thought out claims, and some who obviously had not prepared nor had a clue what the bill was about…Joni and I were still waiting in one of the overflow rooms when we realized that many people who had registered alongside me had already testified.  That, along with some other needs, had us alerting our hosts, Texas Right to Life.  The director contacted one of the representatives favorable to our cause, and he asked for me to be brought into the hearing room.  I was escorted by a large state trooper, and was very glad he was there as the cordial nature from earlier in the day had broken apart into rallies, shouting, and even the pro-choice crowd chanting “Hail, Satan!”  (By the way, the satanists have declared they want no part in the debate.  When satanists throw you under the bus, you have hit a new low.)

After being ushered into the hearing room, the committee clerk came to me to say that they could not find my registration information.  He helped me enter it on his iPad, but said it was up to the chairman as to whether or not I would be called.  After all, I was now dead last on the list.  This was the biggest roadblock that Satan had thrown our way that day.  There were many others, but this one took the cake.  I simply bowed my head and asked God to make whatever he wanted to make out of the situation.  Two testimonies later, the chair announced it was now recognizing me to come testify.  I wheeled to the front of the room where the clerk lowered the microphone so that I could be heard on the video feed, and I proceeded to give my testimony.  At the beginning, many of the representatives were busy writing or in conversation, but when I dropped the bomb on them that my delivering OB left me in the corner of the room, giving me the opportunity to die, they ALL turned to listen.  Very soon, my three minutes were up, I was thanked for my testimony, and I left the room to make space for someone else.  Out in the hallway, I had two representatives come up to me to thank me for my testimony, including Rep. Turner.  One of them said that I was the first one in nearly four hours of testimony to mention that we should be considering what the baby would want in these situations.  After a few photos, we were escorted out a back way that would allow us not to have to go through the protesters.  Joni told me later that many in the room were nodding their heads during my testimony including several that were wearing orange (the chosen color for the pro-choice crowd). 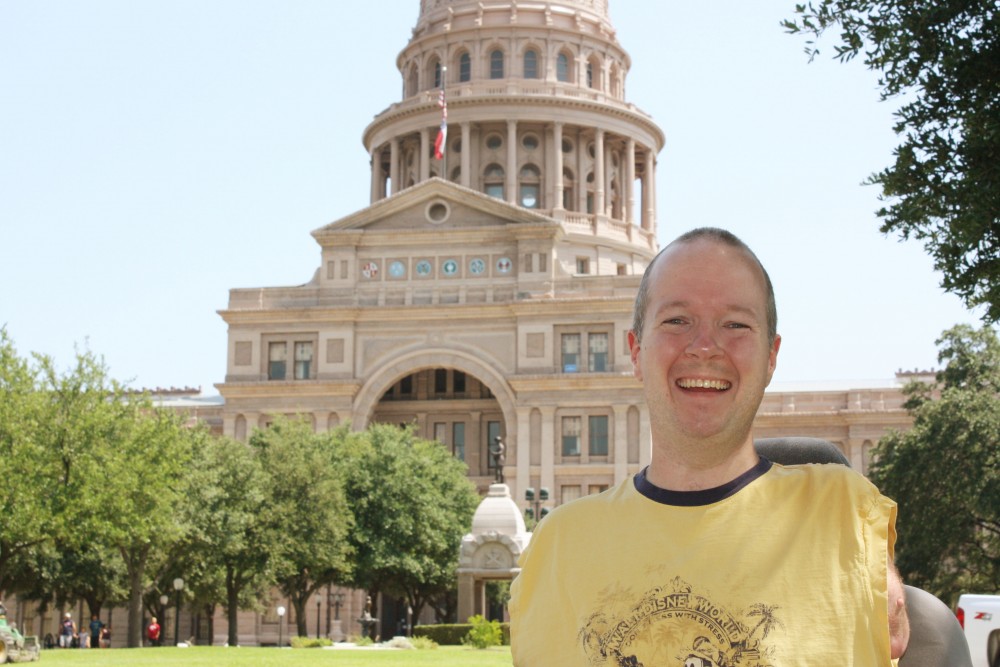 My time in Austin was short, and the bill passed with the exception included.  Did I change the committee’s mind?  Nope.  Did I stand up for what I believe in?  Yep.  Did I answer the call from the Lord?  I believe so.  And, THAT is what is important.  Once again, he led me to a place I had no intention of going, and once again, I found an amazing group of people to uplift and encourage in the pro-life crowd there at the capitol.  I will continue to fight for the lives of innocent babies who are unable to have a voice themselves.  Even though doctors told my parents I would never stand, I am happy to #stand4life.  (Plus, I learned more about state government in one evening in Austin than I did in my entire government class in high school!)